Come to think of it, the Electric Booger has been leaning to the right for as long as I can remember. I just never gave much thought to it. When it recently snowed and the roads were slippery, I found the car absolutely treacherous to drive, like it couldn't decide which way the steering wheel needed to be pointed in order to go straight, depending on which tires were on ice. Finally, when the front right corner of car started to make awful noises going over bumps, I knew something had to be done.

I jacked up the front right corner,and found terrible badness: the spring was broken.

After scouring wreckers and parts stores and coming up short, at least at a price I deemed acceptable, I finally found a new spring in Quebec on eBay. And three days later it was here. It literally took 20 minutes to replace. 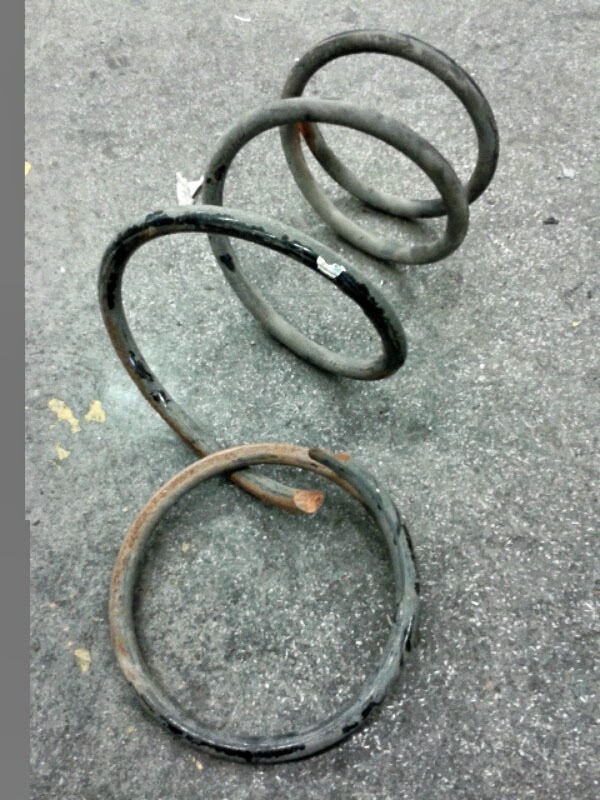